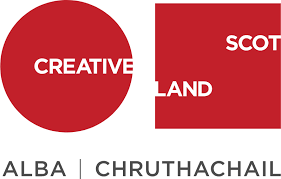 In late 2016, Creative Scotland commissioned an independent review of Touring for Theatre and Dance, and the final report was published in April 2017. Among the main conclusions was a call to establish a dedicated touring fund. This £2m fund has consequently been developed in partnership with the Federation of Scottish Theatre, and working groups made up of representatives of Scottish dance and theatre companies.

This fund is supported by the National Lottery through Creative Scotland.

All applicants must be based in Scotland and involved in the production, programming and/or touring of theatre and dance. Creative Scotland will accept applications from:

There will be 2 further deadlines in 2019, with dates published for these in early 2019.

Rhiannon attended an information session at Eden Court on Tue 9 Oct, where Lorna Duguid, Multi-arts Manager at Creative Scotland, explained more about the fund and the thinking behind it.

Interesting points to note are that:

We’re interested to see what work is included in the first round of funding, and will be considering how the launch of this new fund impacts the delivery and scope of our Supported Programme.