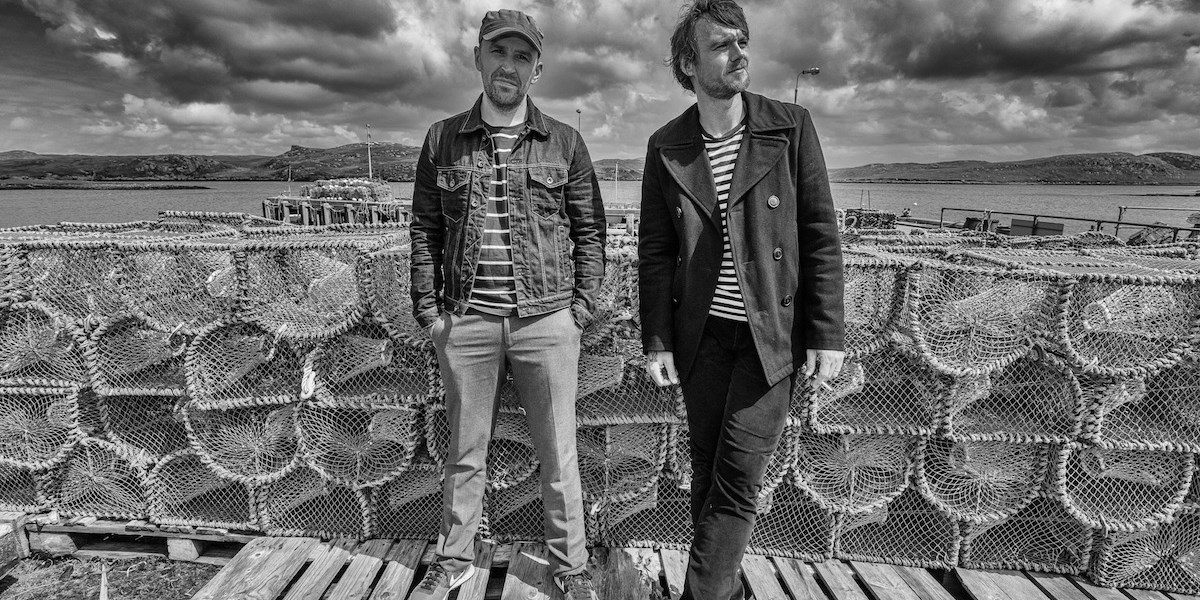 In February 2020 Astrid released the first single from their Storm Sessions EP. It was an acoustic re-working of one of their popular early singles Distance.

A cover of Jeff Bridges’ Falling & Flying from the movie Crazy Heart came next – it charted at number 20 in the Scottish Singles Chart a few months before the chart itself was abandoned by the Official Chart Company.

Spring 2020 should have seen Stornoway’s finest rolling round the UK for a couple of weeks bringing their acoustic EP to life. Yet we’ve all lived the story of what came next instead. Happily, in 2022 Astrid return for a shorter version of the tour and will give an acoustic airing to the songs from their 5 studio records and play the Storm Sessions EP in full.

Dual songwriters and vocalists Willie Campbell and Charlie Clark have retained the same buoyant youthful energy that made Astrid such an endearing live band in the late 90s. As teenagers they found their music being Simon Mayo’s single of the week on Radio 1 and soundtracking episodes of a youthful Jamie Oliver’s breakthrough TV show The Naked Chef.

Impossibly beautiful power pop, laden with dizzying harmonies so airy and angelic it sounds like they might dissolve if you listen too hard”