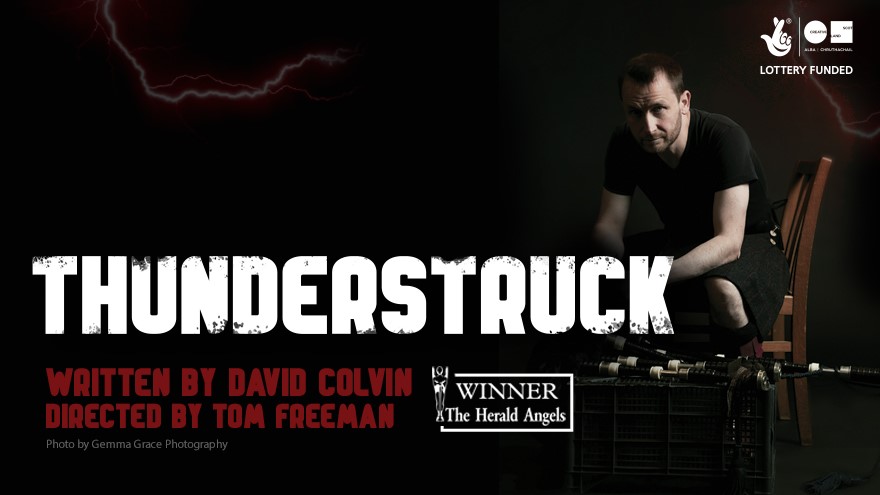 “Sensationally epic and brutally intimate”, Thunderstruck is an international award-winning production concerning the legacy and mythology of a Pitlochry bin man, who flew beyond the summit of his art and changed Scottish music forever.

The history, rules and proud traditions of Scotland’s national instrument, so painfully learned and proudly maintained, are torn apart by an unruly, ostentatious, untameable musical talent.

The story of a tortured soul, but are the demons his, or Scotland’s?

Take whatever romantic notions you have of the bagpipes and leave them at the door.

“An unbelievable, seismic performance that brings together comedy, drama, and some outstanding musical talent…Hilarious and dramatic in equal measure, Thunderstruck is quite unlike anything else.” ★★★★★ Edinburgh Fringe 2021