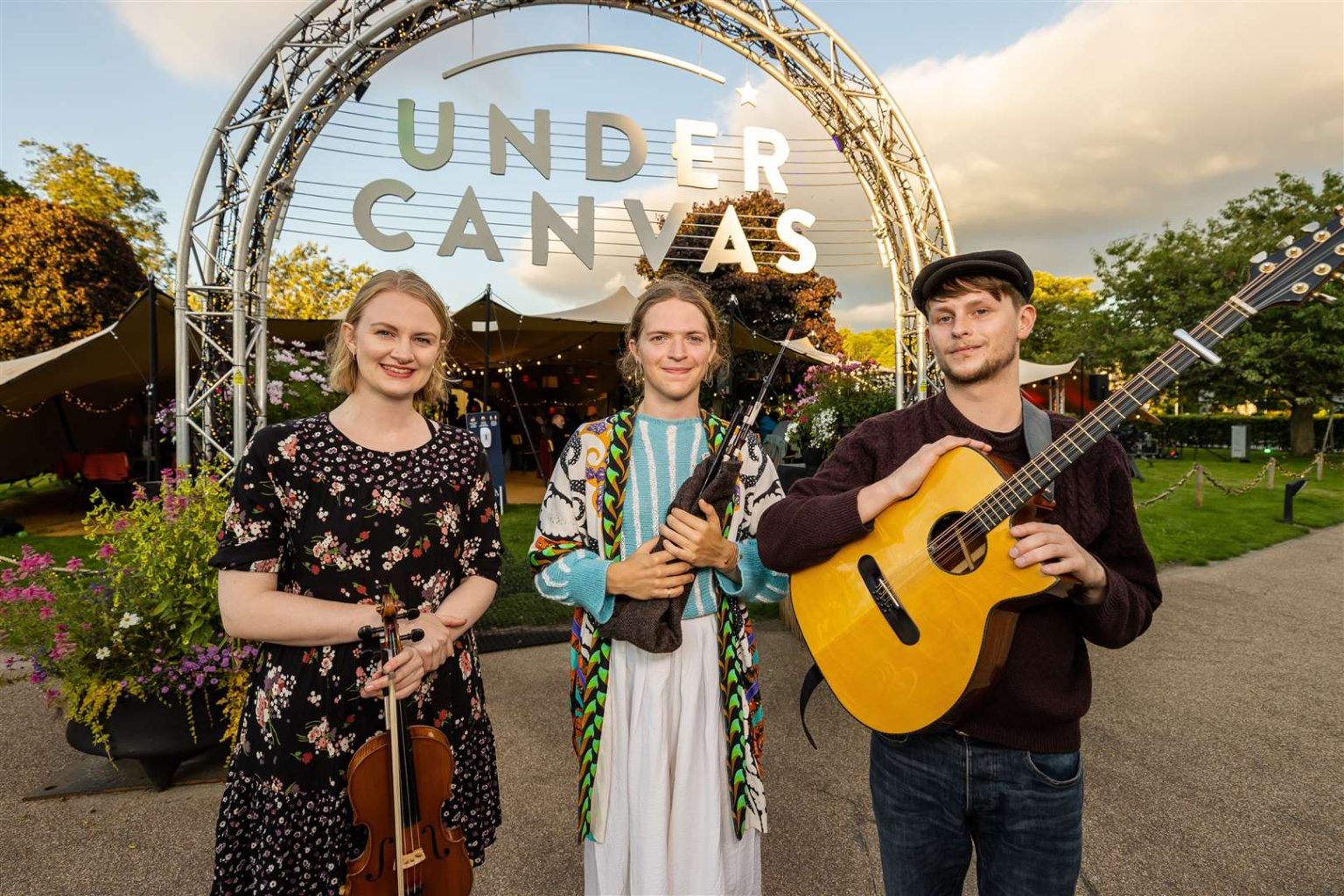 Malin makes Music is the stage name of Malin Lewis. The band consists of Malin, SallySimpson and Luc McNally.

Their musical and personal identities have always been intrinsically linked. Much of the music they write is about gender identity and the concept of meaning in the world. The things that interest them most in music are those that they don’t fully understand. They think there is beauty in the unknown and they look to explore this in their music. Malin Lewis is a piper, fiddler, composer and instrument maker from Ardnamurchan and the Isle of Skye. Malin was nominated for up and coming artist of the year in the 2020 Scots Trad Music Award and was a finalist in the 2021 Radio Scotland Young Traditional Musician of the Year Award.