Raymond Mearns in Everybody Hates Raymond 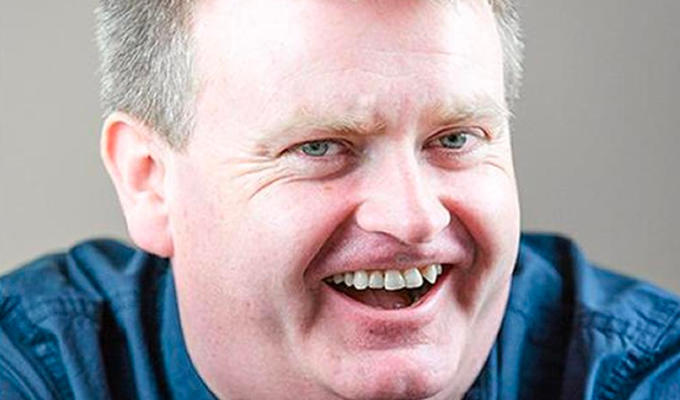 As seen on “Limmy’s show” and BBC Scotland’s “Breaking the News”, Raymond Mearns is regarded as one of the very best live stand-up comedians in the country.
He’s a regular at The Edinburgh Festival Fringe every year where he combines great story telling with finely crafted gags and razor sharp improvisation, and now he’s coming to the Burgh Hall with his stand-up show:
“Everybody hates Raymond”.
‘Everybody loves to hear you speak the truth until you tell them the truth about themselves, then you’re an Asshole” – George Carlin.
This is the ultimate self-help comedy show that teaches you one simple truth in a hilarious way but, if you want to know what that truth is, then you just have to come along and see this great new show from one of Scotland’s finest live stand-up comedians.
Supported by The Transition Fund.
+ Google Calendar+ iCal Export