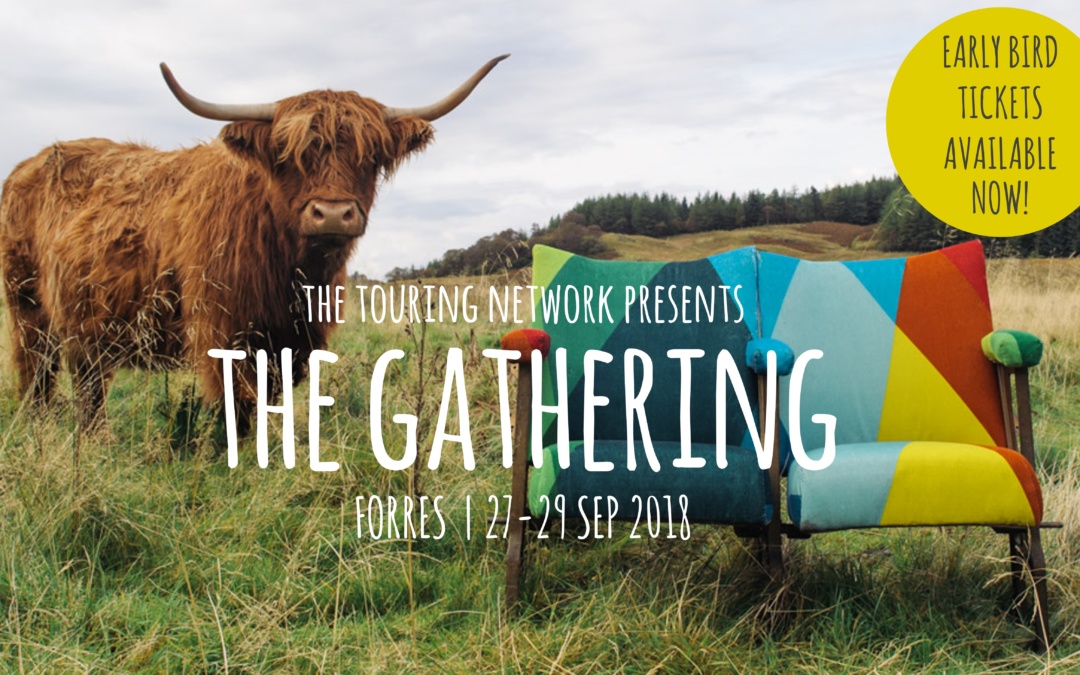 The Gathering 2018 Early Bird Tickets have launched! This year is a very special affair as we collaborate with Findhorn Bay Arts in Forres and will take place from Thursday 27 – Saturday 29 September 2018.

This year, The Gathering will be a celebration of The Touring Network’s 20th anniversary as well as a bringing together of promoters and venues from across the Highlands and Islands with performers, producers, funders and other creative professionals, to network, build key skills and showcase new work.

Early Bird Tickets can be purchased now up until 31st July at which point the ticket price will rise.

Spaces are limited, so we suggest you get in there fast to take advantage of this deal!

More announcements to follow in the coming weeks.  But until then, feast your eyes on the Findhorn Bay Festival programme and of course take a peek the venues we will be using…