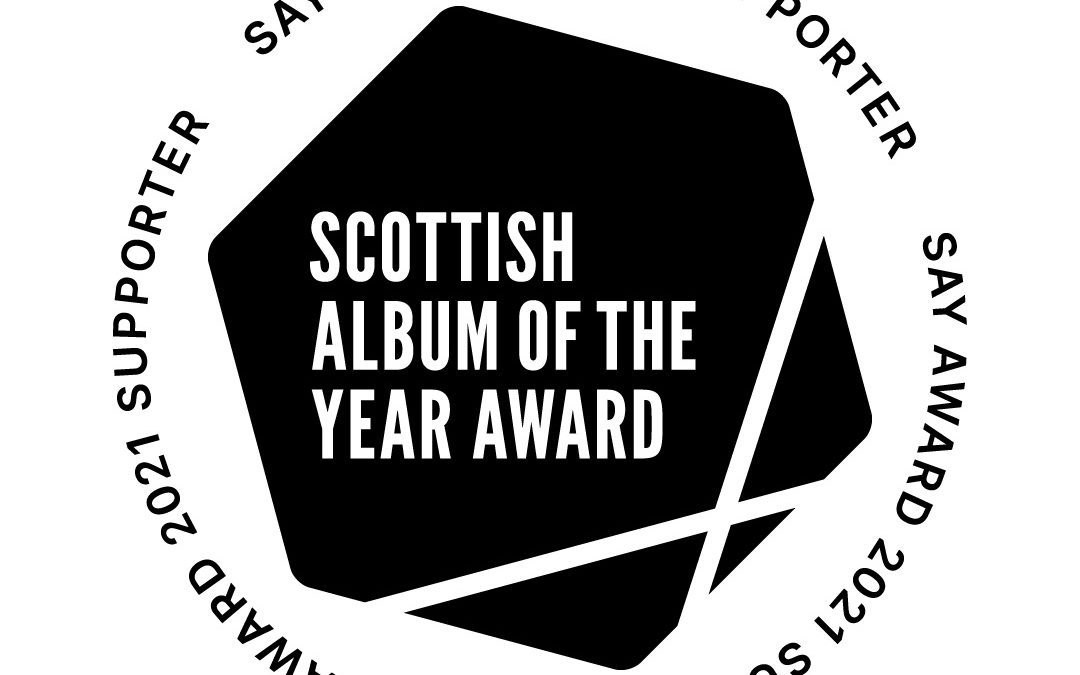 The Touring Network are official supporters of The SAY Award 2021! It’s been a year of turmoil and significant challenges for the music industry and we are delighted to be celebrating musicians’ creativity during lockdown, with Scotland’s national music prize.

Albums released between 1 June 2020 – 31 May 2021 are now being considered, meaning that all eligible albums will have been released during the COVID-19 pandemic. The Longlist – announced in September – will be cut down to a Shortlist of 10 albums, one of which will be chosen by music fans via a 72-hour online public vote. The remaining nine albums will be chosen by The SAY Award judging panel.

This year’s celebrations return bigger and better than ever, with over 2,000 guests set to attend the final live ceremony on Saturday 23 October at Edinburgh’s Usher Hall. The final winner will be awarded a £20,000 cash prize, with nine runners up to receive £1,000, as well as bespoke prizes created through The SAY Award design commission.

This year also sees the introduction of two new awards to accompany the main album of the year prize.

The SAY Award will introduce the Modern Scottish Classic Award and the Sound of Young Scotland Award (nodding to the much-loved and renowned Postcard Records). Applications are now open for the latter and you can find the full criteria here.

Robert Kilpatrick, Creative Projects and Communications Director, Scottish Music Industry Association (SMIA) said: “…many challenges remain, and our artists and wider music industry continue to have to tread water and navigate mass uncertainty. The resilience our industry’s shown has been nothing short of inspiring, and the coming together of artists and industry professionals alike has been instrumental in mitigating the worst of the impact.

Celebrating its 10th year in 2021, The SAY Award has distributed over £250,000 in prize money to Scottish musicians and has championed 180 Longlisted albums from the likes of The Twilight Sad, Calvin Harris, CHVRCHES, Lewis Capaldi, Kathryn Joseph, Young Fathers, Paolo Nutini, Anna Meredith and many more since its inauguration back in 2012.

The SAY Award Supporters are organisations committed to helping the SAY Award reach and engage diverse communities of artists, industry professionals and music fans in the outstanding music made in Scotland that’s celebrated throughout their campaign.