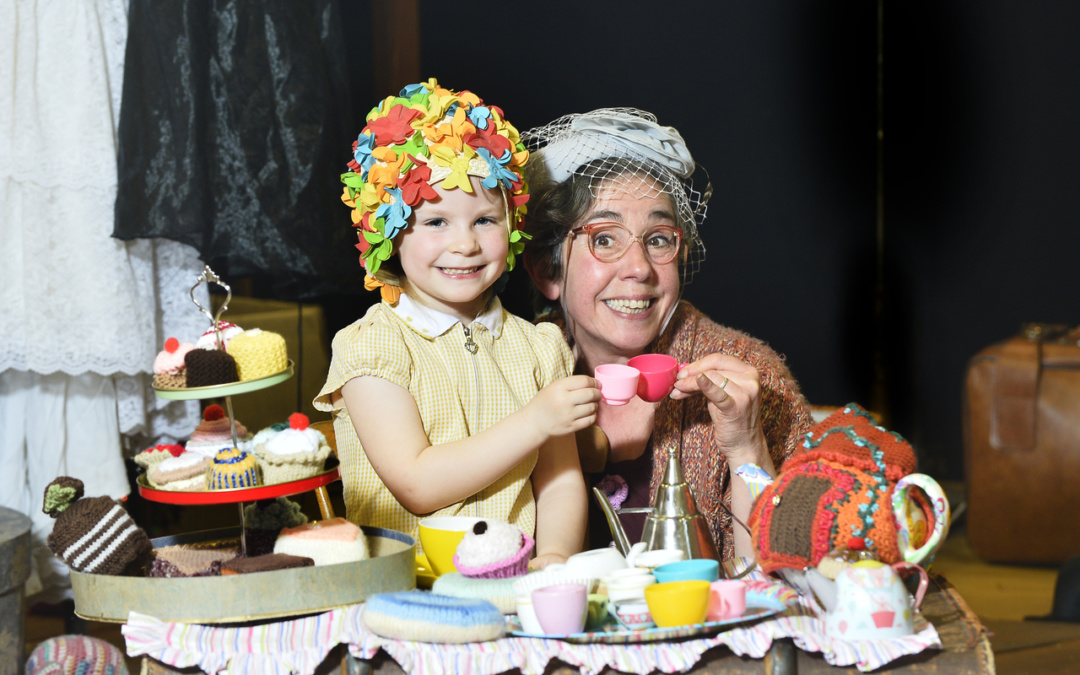 We are pleased to be working with (TISS) Theatre in Schools Scotland again this year, to support schools in the Highlands & Islands to host some fabulous theatre.

If you are a member promoter interested in working with your local school to bring a TISS production to your region, get in touch.

Theatre in Schools Scotland, the three-year pilot project touring world-class theatre and dance to Scotland’s schools, continues to develop and grow. Now entering its third year, the project’s ambition is to create and test a touring and producing model that could ultimately bring one piece of high quality theatre or dance to every child in a Scottish school or nursery each year.

For 2018, the final year of the pilot, Theatre in Schools Scotland is building on the touring infrastructure already established and is developing its scope further. This year it will tour seven productions with performances suitable for nurseries, primary and secondary schools (S1) in a year-round programme from April 2018 to March 2019. This is the first year that Theatre in Schools Scotland is presenting work specially created for pre-school and secondary school audiences.

The project, which launched in 2016, has been developed by Imaginate and the National Theatre of Scotland in partnership with Catherine Wheels Theatre Company, Starcatchers and Visible Fictions. It creates ongoing opportunities for Scotland’s schools to host performances in their school halls and local communities.

Julie Wilson, Headteacher, Gigha Primary School (supported by The Touring Network) said  “The impact of the visit has been utterly transformational for us. For most of our children (many of whom experience rural or social/financial deprivation) this was their first (and probably only) experience of live theatre. Their learning, growth and development have been significantly impacted by the visit in terms of their raised aspirations, interest in the arts and focus on achievement.”

Following an Open Call process last year, four existing productions for children and young people have been selected and commissioned as part of this year’s Theatre in Schools Scotland tour. The productions are Poggle presented by Barrowland Ballet and Macrobert Arts Centre for Nursery, P1-P2; My Friend Selma presented by Terra Incognita for P5 – P7; Is This a Dagger? The Story of Macbeth for P4 – S1 presented by Andy Cannon with Red Bridge Arts and Titus for P6 – S1 presented by Red Bridge Arts. They are joined by productions from Theatre in Schools Scotland partner organisations – The Attic presented by Starcatchers and Hazel Darwin-Clements for Nursery and P1 which is currently touring; Martha for P1 – P4 and Pondlife for P5 – P7 both presented by Catherine Wheels Theatre Company.

Theatre in Schools Scotland is delighted to be receiving renewed sponsorship from The Scottish Salmon Company and Culture & Business Fund Scotland for this year’s tour.

Theatre in Schools Scotland’s aim is to develop a unique sustainable partnership model, creating funding links with local authorities, schools, regional promoters and touring networks. Each performance is offered to a partner at a heavily subsidised rate.

This year’s programme offers more choice and flexibility for schools than in previous years.  In addition to an increased number of productions, schools now have the opportunity to host one or two different productions simultaneously in different spaces with other local schools attending to watch the performances. Performance times are co-ordinated to enable groups of cluster primary schools to come together. Productions can also adapt to suit the school’s available space and be presented either in a school hall or a smaller space if required. There is also a new (limited) small-scale subsidy available to help small geographically isolated schools host a performance.

Paul Fitzpatrick, Chief Executive, Imaginate says “We’re really proud of our enduring partnership with the National Theatre of Scotland and what we’ve achieved with Theatre in Schools Scotland. The incredible response from teachers and pupils is a testament to the excellence of theatre for children in Scotland and demonstrates a huge demand for high-quality theatre in schools.”

Jackie Wylie, Artistic Director and Chief Executive of National Theatre of Scotland says “Theatre in Schools Scotland as a ground-breaking initiative and bespoke programme of work for children, continues to grow, and in doing so, is also vitally growing the National Theatre of Scotland’s audience of the future. The success of TiSS to date wouldn’t have been possible without the enlightened support of teachers, the brilliance of the children’s theatre sector and our loyal partners The Scottish Salmon Company and the Culture & Business Fund Scotland.”

Craig Anderson, Chief Executive of The Scottish Salmon Company, says “We are proud to support Theatre In Schools Scotland. This fantastic project ensures theatre and the arts reach children across the country, which all kids deserve.”

Created by Natasha Gilmore with dancers Jade Adamson and Vince Virr, with music and sound by Daniel Padden.

Poggle is the story of Vince who wants to explore the forest but he’s too scared to go on his own, until one day he meets Poggle. Poggle is a friendly creature who takes him on an adventure exploring the forest and meeting the magical musical tree. A funny, sensory dance theatre piece with live music, clapping rhythms and bubble popping throughout!

Barrowland Ballet is one of Scotland’s most exciting and successful contemporary dance companies and is based in the East End of Glasgow. Poggle has been performed at festivals in Edinburgh, Netherlands, Belgium, Ireland and China.  For Nursery, P1 & 2

Written and Performed by Victoria Beesley, directed by Joe Douglas with Sound Design by Danny Krass

My Friend Selma is the remarkable real-life story of one girl’s journey from war in Bosnia to safety in the UK. It is the tale of an incredible journey, of a world turned upside down and of loss, friendship, courage and conkers.

Terra Incognita create theatre and visual art projects that tell the extraordinary stories of ordinary people. The organisation brings professional artists together with community groups to collaborate on the creation of work that tells the stories of people who are traditionally underrepresented and undervalued in the arts and wider society. For P5 – P7

Find out more on Tourbook: https://tourbook.live/tours/my-friend-selma-7253

IS THIS A DAGGER? THE STORY OF MACBETH presented by Andy Cannon with Red Bridge Arts

Andy Cannon retells Shakespeare’s classic story, taking audiences on a thousand-year journey from fact to fiction and back again. A tale of foul and fortune, murder and deceit, Macbeth is a gory, bloody and darkly wonderful tale of one man and his pursuit of power. Andy Cannon‘s Is This a Dagger? The Story of Macbeth distills the essence of this epic play into an entrancing one-man, one-hour version for audiences young and old. For P4 – S1

Written by Jan Sobrie in an English version by Oliver Emanuel. Directed by Lu Kemp

A drama about telling big lies and small truths. About pigs that fall in love. About crows that talk.
About running away from grief and finding yourself. The story of a 10 year-old boy on the edge – literally on the roof of his school – confronted by a situation that seems hopeless. He can either give up or fight.

The English version of Titus, written by Oliver Emanuel and directed by Lu Kemp, was originally co-produced with Macrobert Arts Centre and was part of the Imaginate Festival in 2012 and the Made in Scotland showcase and British Council showcase 2013 at the Edinburgh Fringe Festival. Titus was awarded the Dutch-German Author Prize in 2007 and Winner of the 2015 International Performing Arts for Youth’s Victor Award for best theatre production. For P6 – S1

THE ATTIC presented by Starcatchers and Hazel Darwin-Clements

The Attic is an intimate and participative theatre experience for young children set to a live piano score. It explores the tender and loving relationship between a young girl, Lucy, and her grandmother, as they rummage through suitcases and boxes where memories are stored. The hidden treasures they discover are precious reminders of the past but inspire playful interactions between the two that help them create new memories together and bring the sleepy attic to life. For Nursery & P1

Find out more on Tourbook: https://tourbook.live/tours/the-attic-4459

Martha, created by Andy Manley, Gill Robertson and Annie Wood, has been performed 600 times since 1999 in Canada, USA, The Netherlands, China, Singapore, Australia Scotland and England.

Martha is a warm and funny show about a stubborn and eccentric woman who lives on her own by the sea and doesn’t want any friends. But one day a mischievous goose turns up and Martha’s life is never the same again. For P1 – P4

Find our more on Tourbook: https://tourbook.live/tours/martha-2021