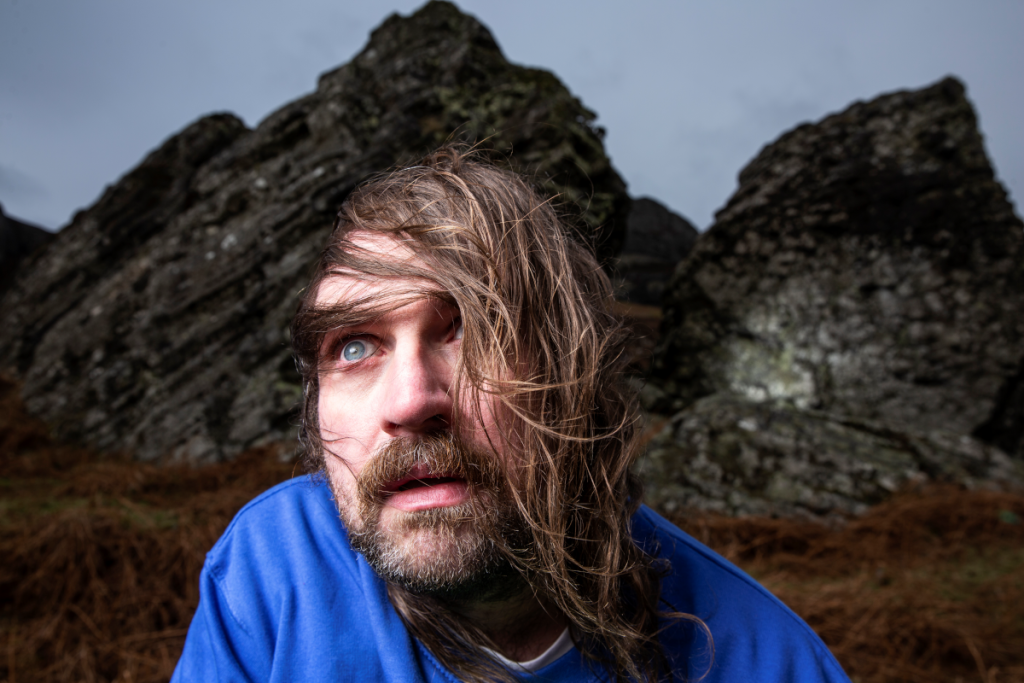 Follow the Hebridean psychedelic singer-songwriter, accompanied by his full-band, on a whirlwind tour of Scotland’s hidden gem venues…

A strange, unpredictable, sardonic and yet deeply personal record, Island Family is the fifth album from Isle of Eigg dwelling electro-acoustic psych-pop wonder Pictish Trail, AKA Johnny Lynch. It offers his contrarian view of arcadia; a search for the euphoric in the bucolic, bound up in sometimes conflicting ideas and feelings around nature and environment, sincerity and artifice, escapism and belonging. It’s an album about how no man can remain an island, however hard he might try.

“Island Family is wild, rangy and dramatic, as befits its staggering landscapes and characters through Eigg’s darker history”
The Observer