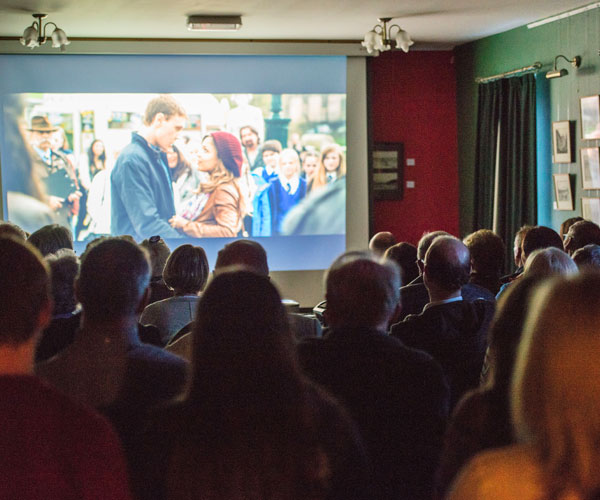 Six months of the Highland Screen Network (HSN) and we have engaged with over 40 groups and individuals across the region, alongside national film organisations and partners.

We’ve talked with community cinemas, arts and heritage organisations, voluntary groups and full time exhibitors to gain a picture of what’s happening film-wise across the Highlands, and the practical things needed.

It’s wonderful and inspiring to hear about plans and aspirations. Despite the challenges of restrictions and closed halls, there’s news of Scottish film screenings, a horror evening and a documentary complete with Director’s interview. Future plans include screenings for young people, archive film nights and work to engage with people who remain isolated.

HSN has tried to find ways to respond to these direct requests and offer interventions that are helping new and returning groups interested in film screenings. We’ve signposted to training and members have taken part in online sessions on Starting your Own Community Cinema and Marketing Community Cinema, plus seminars and workshops helping to work with young people.

Regular programming and funding opportunities are shared and HSN has directly offered pre-application advice to groups for funding from both Regional Screen Scotland and Film Hub Scotland. This has resulted in two successful awards in the region, including The Touring Network Member Muir of Ord Hub who are starting a programme of regular screenings in May.

We’ve approached and talked with film distributors to describe the unique geography in the Highlands and the challenges of getting new releases. With an initial positive response and two films available at a more accessible rate and range of formats, including The Road Dance (shot in Lewis) released later in the month and taking bookings.

Various activity is taking place throughout the region with further groups planning to restart in September as spaces reopen. There is support for Ukraine through Fundraiser Programme at Cromarty Cinema and evening in Ullapool.

Partnerships with community cinemas, as part of the celebration of The Auld Game (a fabulous archive film about the beautiful game complete with soundtrack by Peat and Diesel), are being explored. Other areas of common interest raised are engaging young people and how we can share existing Highland film heritage more easily.

In terms of equipment and technical needs, there is some funding support available to cover costs for visits, technical advice and servicing before the end of June so please get in touch if this may be helpful.

Highland Screen Network is also supported by Regional Screen Scotland who will be offering further training and development opportunities for film exhibition.

We’ve been hugely supported by The Touring Network, Regional Screen Scotland, Eden Court who have offered great resource and advice on all aspects of in film in the Highlands and national film organisation and a range of distributors

If you have any film-related funding, programming, technical or film exhibition needs or questions and are based in Highland region I’d love to hear from you.

This website uses cookies to improve your experience while you navigate through the website. Out of these cookies, the cookies that are categorized as necessary are stored on your browser as they are essential for the working of basic functionalities of the website. We also use third-party cookies that help us analyze and understand how you use this website. These cookies will be stored in your browser only with your consent. You also have the option to opt-out of these cookies. But opting out of some of these cookies may have an effect on your browsing experience.
Necessary Always Enabled
Necessary cookies are absolutely essential for the website to function properly. This category only includes cookies that ensures basic functionalities and security features of the website. These cookies do not store any personal information.
Non-necessary
Any cookies that may not be particularly necessary for the website to function and is used specifically to collect user personal data via analytics, ads, other embedded contents are termed as non-necessary cookies. It is mandatory to procure user consent prior to running these cookies on your website.
SAVE & ACCEPT
Share with your friends
Submit
Share with your friends
Submit