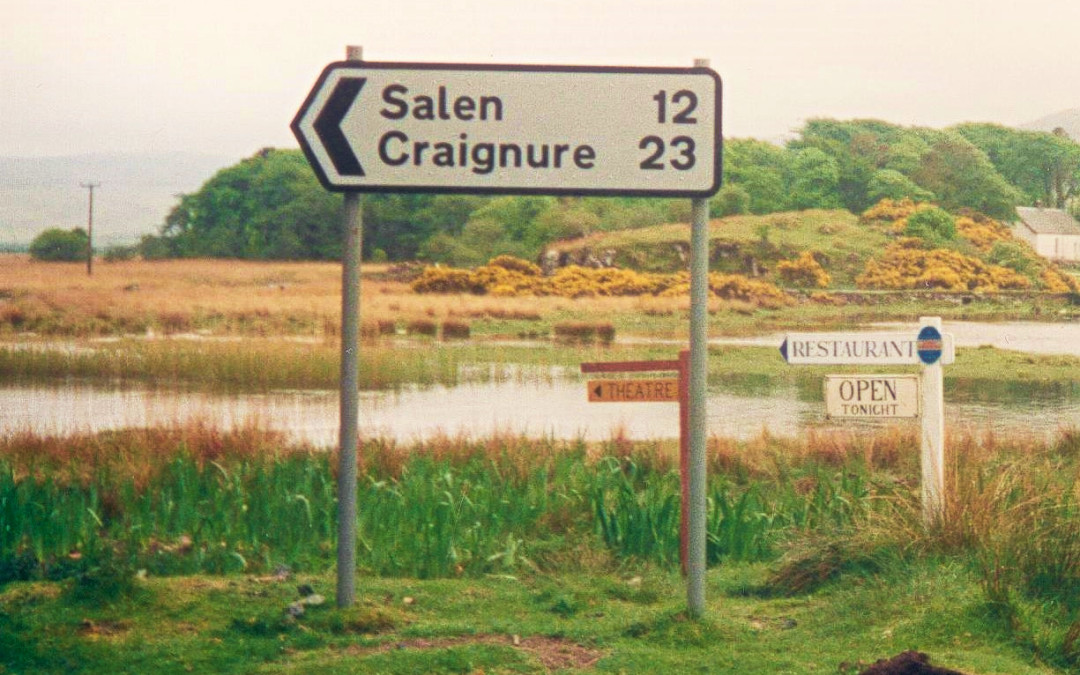 I’ve been thinking about changes recently. More specifically, how different the experience of rural touring might be today compared to my own first taste of it in the late 1980s. I count myself lucky to have had the chance to tour the Highlands and Islands then and although today the MV Isle of Mull still sails, and a bowl of soup is still a bowl of soup, clearly there have been some fairly seismic developments since.

In 1987, I think the internet did exist, somewhere, but not in our humble world. There were no mobile phones. I don’t know what stage satellite navigation was at but we certainly didn’t have it in the van. True, depending on your postcode, you might say not much has changed but whether we like it or not the web is largely how touring companies and visitors discover where we are now, see what we do and work out how to get here. 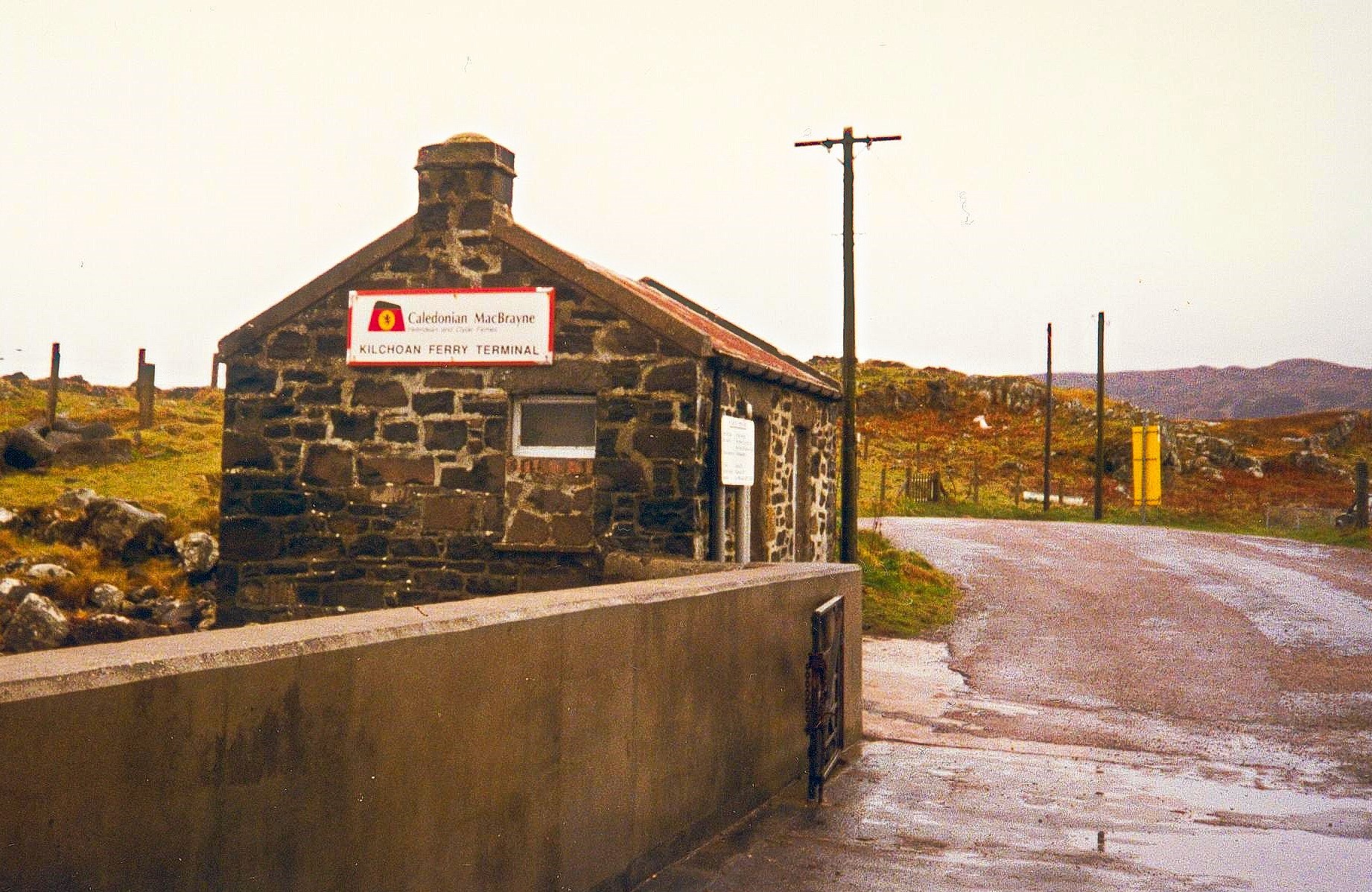 Three decades ago it was perfectly possible to complete a ten date tour with nothing more to guide you than a list of phone numbers and a road map. Even then, your contact numbers weren’t much use without a pay phone. I must admit, without wishing to get all BBC4 about it, there was a certain thrill in that, a sense of adventure perhaps, or a feeling of being totally immersed in the experience and properly reliant on your own sense of direction. You didn’t know what a village or venue looked like until you got there, unless you’d been before. You couldn’t ask TripAdvisor to help you choose a hotel or b&b. There was no Street View, you went to the village shop or the Post Office to ask for directions (and often by default found out how ticket sales were going for the gig). Unless you took photographs every day your experiences and stories were archived in your own mind’s eye to be recounted, embellished or argued over until finally they became infused in a general sense of long ago where songs were sung, drinks were drunk and bar suppers were hurriedly scoffed against a backdrop of cigarette smoke and Black Watch tartan. 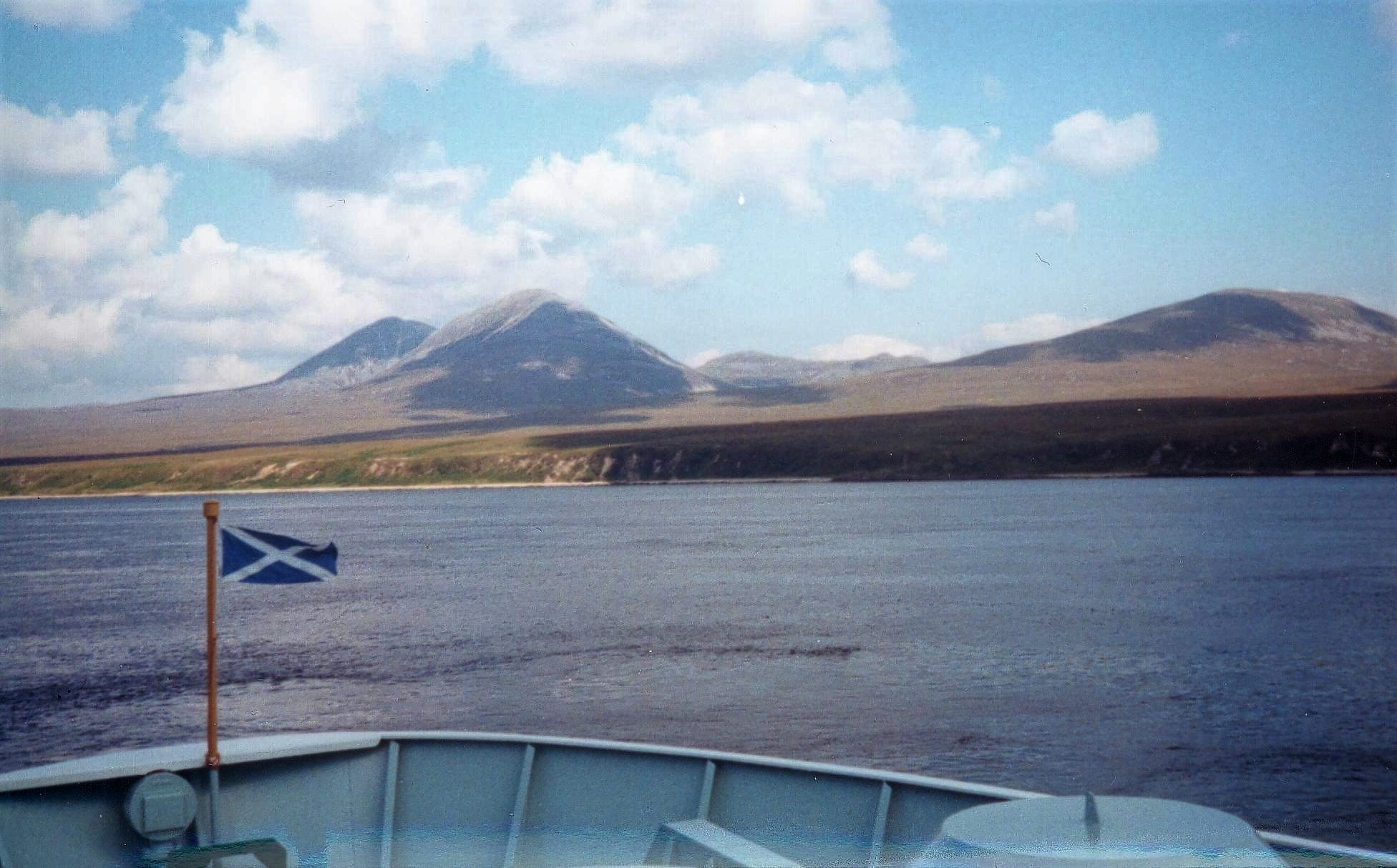 Well, maybe that all sounds like a bit of a nightmare. I won’t even think of getting in the car without my phone now. We have a choice of tools to document our experiences and share them with others and that has opened up an exciting world of ideas and new ways to collaborate. Digital TV and online radio have raised the profile of arts, culture and language in Scotland, particularly Gaelic, and numerous festivals have become established showcasing theatre, film and the creative industries. New and innovative work is visible now in ways it never was before, and part of our job at The Touring Network is to make sure as much of it as possible reaches the Highlands and Islands. Something that hasn’t changed, however, is that irreplaceable in-the-moment experience between audience and performer, and between people and magical places as the journey goes on. As drum kits and Fender guitars are to bands, so live performance is the timeless bond between artist, audience and promoter, it’s in the DNA, and nowhere is that felt so keenly as where we live and work.

I’m sure that if you’re a promoter in the Highlands and Islands, any touring company coming to you for the first time will feel just the way I did in 1987 because touring this epic stage of ours is truly life changing. The songs, drinks and suppers all still happen, and amazing nights become stories that, in turn, will become memories. It’s quite unlike anything I’ve ever experienced anywhere else in the world. Be proud of it, celebrate it, post it on your timeline and tweet it and, above all, treasure it.