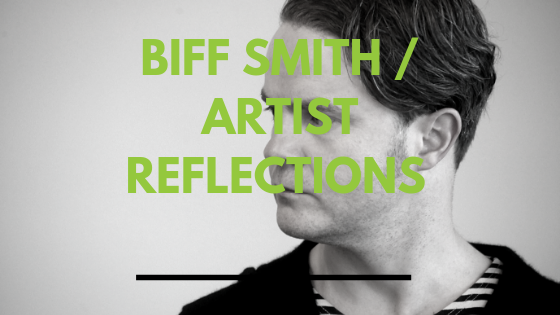 “Like a journey from initial wariness”, Biff speaks of his time at Cove Park Residential Weekend.

My memories of our time at Cove Park feel like a journey from initial wariness to a point where it felt like we could share our experiences and vulnerabilities.

I remember introducing ourselves, Julie Andrews-style, through sharing “our favourite things”

We were brought together partly through design, partly by chance and from varying backgrounds, social and geographical- from Forres, Lochgoilhead, the Isle of Eigg, Glasgow, Edinburgh, Halifax.. – through contemporary dance, visual and community art, theatre and music. I felt our initial task was to muddle through until we found our common ground: how to contact, attract, engage with and ultimately move, entertain and bond with an audience – the reaching process. Be the starting point Saffy’s example of a dance piece inspired by mycelium, Heather’s “Desperation Bingo” or Vanishing Point and I’s blend of theatre and music, the ultimate goal remains the same:

how do we make this relevant and of interest to an audience to the point where they will leave the house, contributing time and money, and travel to an experience which they may or may not enjoy. Also, how could we achieve all this without compromising artistic vision, possibly even enriching it.

Cove Park involved a different approach to analysing the artistic process than the informal and partly unconscious one which, on a good day, seems to come naturally to me. I was wary of what occasionally sounded to me like jargon or management-speak. I still am.

But the ideas at the heart of Braw are attractive and inspiring to me:

The Cove weekend became more relaxed as it progressed. By the end I felt like there were the beginnings of a sense of community between the participants. At times it felt like being in the Big Brother house, only there was no Big Brother, just us.

“The arts: it gives you something to talk about”

I look forward to what comes next.